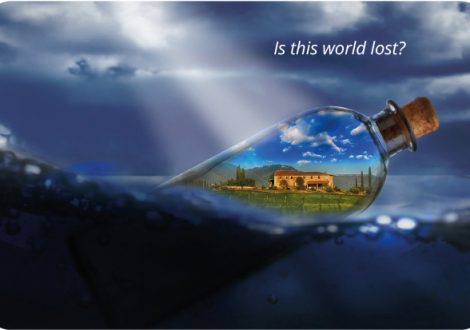 Climate change: Is this world lost?

Blog • Comments Off on Climate change: Is this world lost? • 977

Climate Change, as the name indicates, are the changes which occur in the climate of our planet.

The Earth’s climate is influenced mainly by the amount of energy we receive from the sun, but also by factors such as, the amount of Greenhouse Gas (GHG) Emissions and aerosols (small particles) present in the atmosphere, and the land surface which determine how the solar energy is retained or reflected back into space.

According to the European Environment Agency, temperatures are rising, rainfall patterns are changing, glaciers are melting, and sea level is rising. According to scientists, most of the warming observed since the mid-twentieth century is due to human activities.

The global temperature increased about 0.8 ° C in the last 150 years. Of the 10 hottest years, 9 of them occurred after 2000, demonstrating a continuing trend in long-term on global warming.

The Portuguese Environment Agency says that to solve the problem of climate change there are essentially two lines of action – mitigation and adaptation.

Since Climate Change are a global problem, decisions on mitigation and adaptation involve actions at all levels of decision-making, from local interventions to major international decisions.

The Portuguese Government, in response to the challenges of adapting to climate change, created an instrument that promotes the identification of several lines of action and adaptation measures to be implemented – National Adaptation Strategy to Climate Change – ENAAC.

In response to the problem of climate change, the European Union aims to reduce greenhouse gas emissions by 2030 at least 40%.  To achieve this goal, emissions from the EU trading system will have to be reduced, energy efficiency and the share of renewable energy will have to increase.

The EU also committed to participate actively in the negotiations on a new international climate agreement, which should come into force in 2020.

In order to solve the problem of climate change, factors such as, the conservation of nature, reduction of GHG emissions and the promotion of sustainable lifestyles, are fundamental.

This website uses cookies to improve your experience while you navigate through the website. Out of these, the cookies that are categorized as necessary are stored on your browser as they are essential for the working of basic functionalities of the website. We also use third-party cookies that help us analyze and understand how you use this website. These cookies will be stored in your browser only with your consent. You also have the option to opt-out of these cookies. But opting out of some of these cookies may affect your browsing experience.
Necessary Always Enabled

Any cookies that may not be particularly necessary for the website to function and is used specifically to collect user personal data via analytics, ads, other embedded contents are termed as non-necessary cookies. It is mandatory to procure user consent prior to running these cookies on your website.